Best in Show Veteran was the Scottish Terrier Filisite Brash Koh-I-Noor, owned by Valentina Popova. The best veteran of the day was chosen by Marie Petersen from Denmark. Best in Show Breeder was Petri Turunen's kennel Eerondaali with a group of Keeshonds. Judge was Tuire Okkola.

Dogs from 22 different countries participated in the shows. Most dogs came from Sweden (274), Russia (242), and Estonia (105). Participants from Brazil, Japan, and the USA had the longest journey to our shows.

Before the final competitions of Helsinki Winner, the Finnish Kennel Club’s Lauri Vuolasvirta plaque was awarded to 57 kennels. The plaque is awarded for merited breeding. 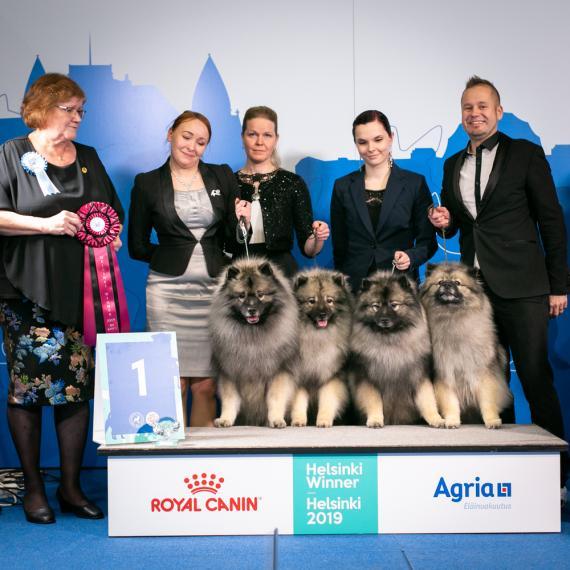