The FCI European Dog Show 2018 was held on 11th–14th October in Warsaw, the capital of Poland. More than 15,000 dogs from all over Europe, including several Finnish dogs, took part in the four-day event. 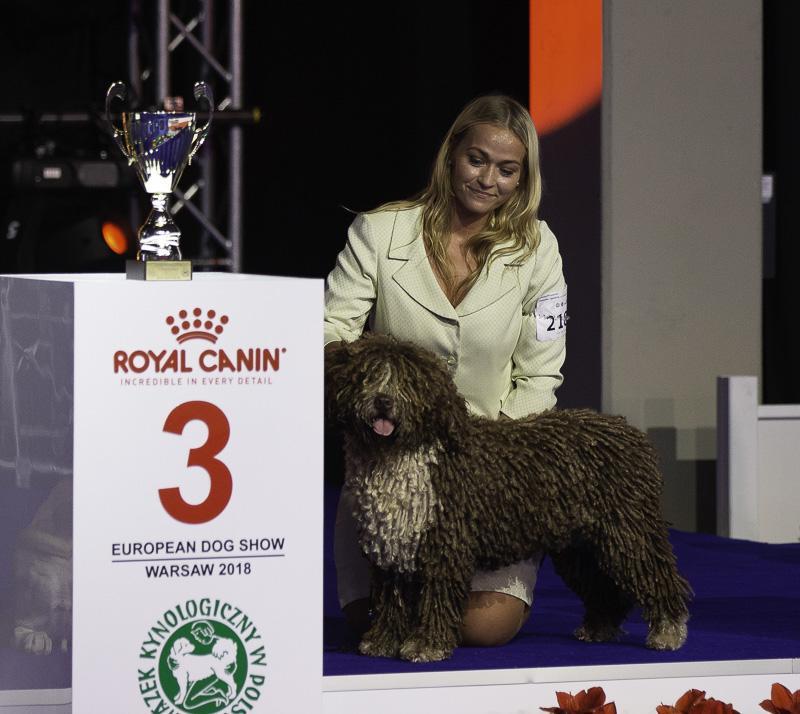 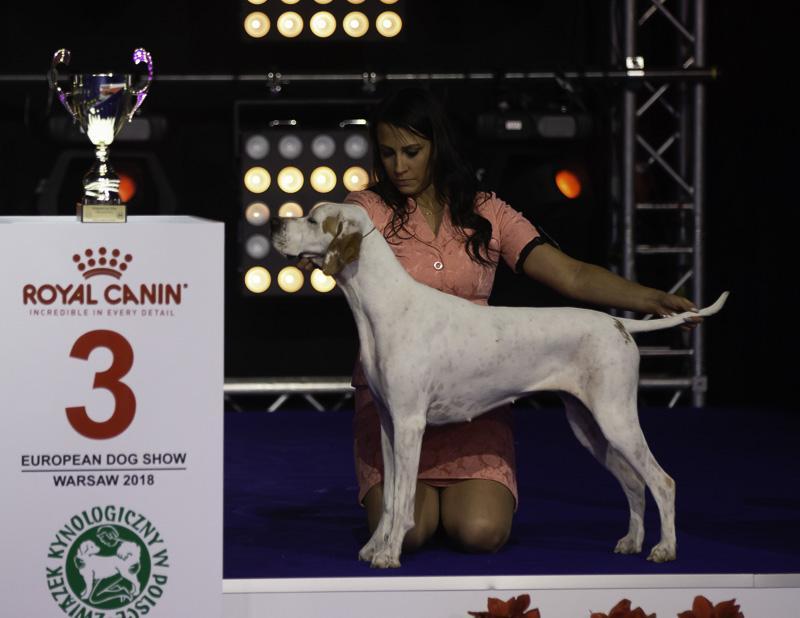 Pointer Miswaki’s Believe You Can, Best of Breed and European Winner 2018. “Pamela” was also BIG 3 in group 7. (Photo: Paula Heikkinen-Lehkonen)

On the second day of the show on Friday, the only Finnish achievers of the big ring were Nina Brusin’s Bearded Collies, that came in 4th in the Brace Competition. Finnish dogs took of course several titles in breed judging also on Friday.

On Saturday, Finnish dogs were less successful in the big ring, even though there were of course success in breed judging.

On Sunday, it was time for judging of FCI groups 5 and 9. Jarmo Hilpinen and Marko Salmela’s team of Petit Brabançons, kennel Blue Bay's, did fine by placing 3rd in the breeders’ group competition of the day. The junior Lagotto Romagnolo Suklaapusun Baldovino dell'Amore, which was the best Junior of its group on Thursday, had managed to stay for the Best in Show final on Sunday and came in as 3rd.

The show culminated in the impressive Best in Show final

The very successfully organized show culminated in the impressive Best in Show final. Officiating judge was the chair of the Polish Kennel Club, Andrzej Kazmierski, who has also judged several times in Finland. Best in Show was the 9-year-old Dalmatian from Croatia, Dalmino Voodoo Vision, owner Zeljka Halper Drazik. The same Dalmatian had a moment earlier also been selected as Best in Show Veteran. The dog’s journey to the show had some dramatic turns when the dog's handler, Hungarian Attila Schlosser, was in a car accident on the way to the dog show. Dogs and people in the car were luckily unharmed. However, there was still a 200-kilometre drive to Warsaw. With the help of social media, help was soon found, and the group managed to get safely to the show.

Shortly before the culmination of the European Dog Show, the final competitions of the Polish Kennel Club’s 80th Anniversary Jubilee Show took place in another hall. Harri Lehkonen had the honour of officiating as the Best in Show judge at this show and chose a young American Cocker Spaniel from Denmark as the winner; Galaksi All Right Reserved, owners Michael & Lotte Kristensen. The owners had a great trip to Poland; their other American Cocker won its group at the European Dog Show. The Best in Show Junior of Sunday’s Jubilee Show was the Finnish Bernese Mountain Dog Goldbear's Frank Zappa, owners Krista Tammi & Anja Pietikäinen.