Kari Järvinen, Chairman of the Exhibition Committee for the 2014 FCI World Show, which is being organised by the Finnish Kennel Club, was very pleased with the 12,000 entries already submitted during the first stage of registrations. “If this level of enthusiasm continues, we will witness an enormous canine spectacle at Helsinki's Expo & Convention Centre on 8-10 August,” he says and calls on dog owners from all over the world to participate in the making of a world-r

“This is a good start. It would be great to attract the same amount of dog owners again, reaching a total of more than 20,000. This calls for the input of dog enthusiasts from all over the world, as they now have the opportunity to participate in the making of what could potentially be the world's biggest dog show. We should all reach for this record. What would be greater than making Helsinki's FCI World Dog show the biggest-ever event of its kind,” Kari Järvinen says.

“The upcoming dog show will serve as a massive display window for all of Finland, as the whole world will be coming here to see how we do in August. The last time the FCI World Dog came to Finland in 1998, some 16,000 dogs were shown to 60,000 spectators. Half the world was in attendance even then.”

The good reputation of Finnish breeders and the dogs they produce has spread widely after the previous event. “I challenge as many owners of domestic breeds, the Finnish Hound, Finnish Spitz, Karelian Bear Dog, Finnish Lapphund and Lapponian Herder, as possible to participate. 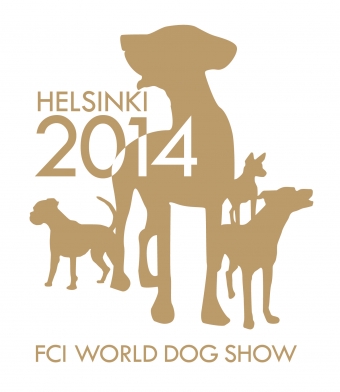 These breeds can be entered free of charge. This is our way of communicating how important our domestic breeds are to the Finnish nation. A massive opportunity to showcase them to the dog enthusiasts of the world like this will be a long time coming.”

“This is going to be a fantastic happening and I promise that everyone will have a good time at Helsinki's FCI World Dog Show. We welcome the participation of absolutely everyone, from active dog show attendees to regular household dogs and their owners,” Kari Järvinen says.

The Finnish Kennel Club cancels all canine events in Finland 23.4.
Dog owners are required to keep their dogs leashed starting on 1st of March – extremely important due to wildlife breeding season 06.3.
Norrbottenspitz Best in Show at Voittaja 2019 08.12.