In the beginning of the year, Harri Lehkonen started as the new Chair of the Board for the Finnish Kennel Club. Lehkonen has versatile knowledge of the canine world. He has been a member of both the Finnish Kennel Club's Board and committees for the international canine organisation FCI.  He is also an experienced breeder and a dog show judge for all breeds. In the beginning of February, Lehkonen presides over the first Board meeting were matters prepared by the committees will be di

In Lehtonen's opinion, the starting point for his chairmanship is good. Finland is in many respects a front runner in canine matters.

–  Canine activities have long traditions in Finland.  By head of population, the most popular hobbies in Finland are dog shows and trials.  Our breeders take health matters into serious consideration in their dog breeding.  It is also great that in comparison with many other countries, we have a lot of young people involved in different activities, Lehtonen tells.

Lehtonen feels that his period as Chair is also faced with many challenges which the Finnish Kennel Club should especially pay attention to.

– We are facing a big problem if the number of dogs in Finland not registered by the Finnish Kennel Club is correct.  This would mean that we are breeding dogs which are in no way in connection with the Finnish Kennel Club.  Smuggling and rescue dogs cannot alone explain this development.  The respect for a pedigree dog is no longer what it used to be in Finland, Lehkonen states, and refers to the study published in the end of year 2016 by Statistics Finland. The study claims that the number of dogs in Finland has increased by over 150 000 dogs.

Lehkonen has clear goals for his two-year chairmanship.

–  I want us to successfully amend the Finnish Kennel Club's rules as well as to revise the contracts related to selling dogs so that they please everyone.  We also try to influence the renewal of the Finnish Animal Welfare Act, so that the Act will please both dog owners and breeders.  In general I wish that we are able to create a more positive attitude towards organised kennel activities. 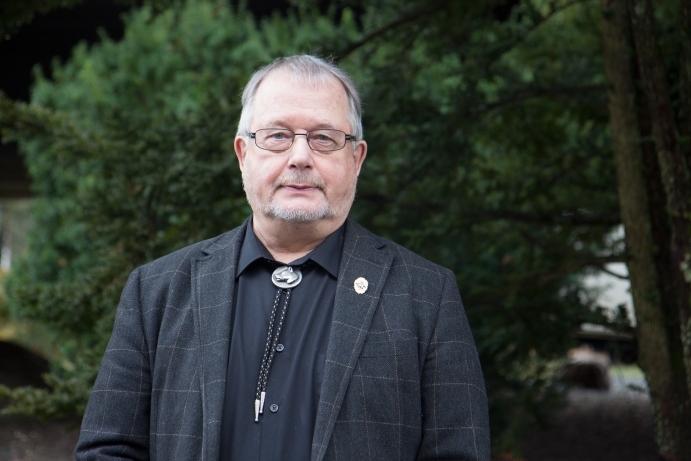 New Vaccination Regulations enter into force in February 24.1.
Internationally unique research done by Finnish specialists – pedigrees of Finnish Spitz traced back to the 19th Century 14.11.
Prohibition for dogs living in Norway to take part in canine events in Finland lasts until 30th September 25.9.